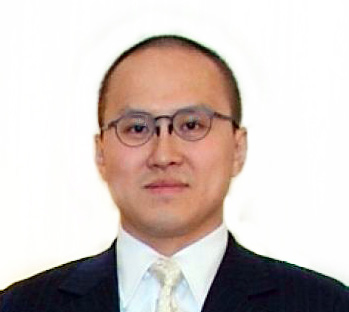 Dr. Joseph Kay-Yan TSANG received his medical degree from the Chinese University of Hong Kong in 1998. He started his Internal Medicine training in the United Christian Hospital where he actively participated in the management of SARS victims from the Amoy Garden in 2003. He holds the fellowship in Internal Medicine and obtained specialist qualification in Infectious Disease in 2006. In 2009-2010, he completed the “Graduate and Comprehensive Instructor Medical Simulation Courses” in Centre for
Medical Simulation of Harvard Medical School in United States. He has been elected to be the Fellows of Royal College of Physicians of Glasgow and Edinburgh, UK in 2012 and 2013 respectively.

Currently, Dr. TSANG is an Associate Consultant of the Department of Medicine and Geriatrics in the Princess Margaret Hospital and the Council member of The Hong Kong Society of Infectious Diseases. He has been appointed as the committee member of Hospital Authority Central Committee on Infectious Disease & Emergency Responses (CCIDER), Honorary Consultant of Department of Health (HKSAR), Honorary Clinical Assistant Professor of Department of Medicine &Geriatrics in the Chinese University of Hong Kong as well as member of the Working Group on Influenza Vaccination (WGIV) of Scientific Committee on Vaccine Preventable Diseases of Centre for Health Protection, HKSAR since 2011. Further, he has also been the Associate Editor of Interhospital Multi-disciplinary Programme on Antimicrobial chemoTherapy (IMPACT) guideline and the Clinician Panel member of Research Ethics Committee (REC) of Kowloon West Cluster of Hospital Authority since 2012.

From 2007-2008, Dr. TSANG had the opportunity to serve in both the Infection Control Branch and Surveillance Epidemiology Branch of the Centre for Health Protection, HKSAR. His areas of interest include in the preparedness of managing Emerging infectious disease outbreaks with global public health concern, managing Multi-drug resistant organisms (MDROs), Antibiotic Stewardship Program (ASP), Outpatient Parenteral Antimicrobial Therapy (OPAT), HIV medicine and Chronic viral hepatitis. In 2012, on behalf of the PMH Infectious Disease team and Pharmacy Department, his proposed antibiotic stewardship project, Smart Use in Antimicrobial Program (SMAP), won the Excellence Award in Asian Hospital Management Conference 2012.

Dr. TSANG was instrumental in the development of the Outpatient Parenteral Antimicrobial Therapy (OPAT) and Peripherally Insertion of Central Catheter (PICC) services in Princess Margaret Hospital. He contributed in the setup of the OPAT clinic, preparation of its operation manual and PICC care guideline as well as the development in the antibiotic stability database for elastomeric device.